If you have ever heard of negative calorie foods, you probably wonder if they can help you lose weight and how effective they might be as part of your strategy for weight loss.

This article takes a look at this side of dieting and how it may be beneficial in reducing your body fat levels.

Wanting to lose weight for all the right reasons is admirable, but to achieve it you have to approach the process from several different angles for your strategy to be most effective. One of those angles is eating foods that have been labelled as having negative calories. Here's what they are and how they work.

Calories in, Calories Out

Most dieters are very much aware of the process of burning calories versus consuming them and that to lose weight you need to burn more than you take in through the food you eat and what you drink. But less in known or understood about foods that provide fewer calories than it takes for the body to actually digest and process them.

The phrase "negative calories" when applied to any food is a misnomer. All food contains calories, although some foods contain more or less than others and some contain very few.

In fact the closest we can even get to this state is in the only thing we consume that can be said to contain zero calories, which is plain water. Anything else technically contains positive calories! 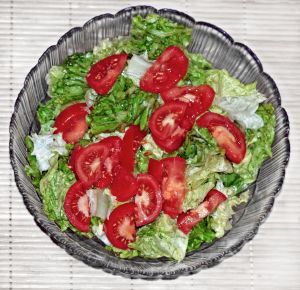 There are foods that are so low in calories that the body actually burns more energy to digest them than they impart. Because of this phenomenon, theses foods have been termed "negative calorie foods" because the net calorie load to the body is a negative number.

Pinning down actual solid figures on any particular food is not so easy as you might think. That's because every person has a different rate at which they process food and use energy in that process.

So a 10 calorie portion of raw celery (probably the best known of these foods) may take Person A 20 calories to process. While Person B may use 15 calories and Person C may use 25 calories.

In any event, the net calorie deficit is what we are aiming to achieve.

As I just mentioned each person has their own metabolic rate, or rate at which they process food, convert it to energy and use that energy for certain physical tasks. This metabolism is not a fixed rate in any person, but fluctuates depending on certain factors.

as well as many other lesser factors that all have to be taken into consideration before a more definite figure can be put on any individual's rate of calorie usage. Suffice it to say that in general terms, you can reduce your overall net calorie intake by including certain raw foods in your daily diet.

What Are These Foods?

Foods that are very low in calories generally count as having "negative calories" as long as your metabolic rate is sufficiently high to ensure you do actually burn more calories by digesting it than the portion of the food contains. These include most leafy green vegetables and salads such as: 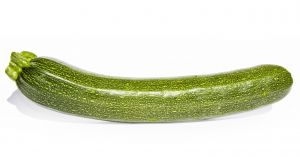 It also includes some squash varieties such as courgette (zucchini), pumpkin and marrow. Root vegetables such as carrot, beetroot and parsnip and herbs such as:

There are many more that could be added to this list as it is not extensive, but you can get that information from a verifiable reference site such as: 30 Foods Under 40 Calories, with Recipes

It must be stressed that to get maximum calorie burn from digesting these food, they must be eaten raw! Cooked foods are easier for our bodies to digest and so we use up fewer calories to process them.

Raw fruits and vegetables on the other hand make our digestive systems work a lot harder to break them down which uses more energy in the process. This is something we can use to our advantage.

One other thing you should also remember is to drink extra water to help that digestion process along. This is because most vegetables and fruits are high in dietary fibre, which absorbs more liquid in the intestines than cooked or processed foods or foods low in fibre.

Another thing that people tend to conveniently overlook when deciding to make use of very low calorie foods in their diet to help them lose weight is the volume of food, or portion size. It's of little use to look at a stick of celery as being beneficial and then eating a dozen sticks in a sitting, or munching your way through eight large apples one after the other.

At the very least you'll end up with belly ache, but the additional calories will outweigh the benefits and you'll end up loading on more than your body can burn. And that leads me to another thing you need to be aware of. 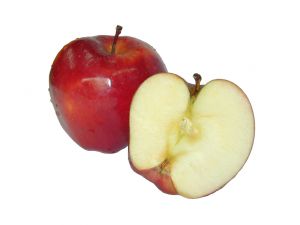 All fruits and most vegetables contain varying amounts of sugars, mainly fructose and some sucrose. In small amounts, these sugars are no real problem, but when you increase the amounts, the body stores the excess as visceral fat (belly fat) which is counter productive if you are trying to aim for a flatter tummy!

That's why even though s a little fruit each day is beneficial, you need to limit the amount of fruit you eat. One trick is to eat the most beneficial part of the fruit and leave the rest. How do you do that?

Take an apple or a pear. Most of the goodness is found in and just under the skin. The rest is mostly sugar (fructose) and water. The smart way to enjoy fruit without the calorie load is to do the exact opposite of what many people do with their fruit.

That is to peel the skin but instead of discarding it, you eat the skin and discard the rest!

Sound a little unpalatable? Actually, it's not at all!

I remember as a child my father would always peel his apple and I'd hang around to eat the skin he left on the plate! For me, it was the best and most tasty part!

The downside is that nowadays, crop spraying has us all terrified that pesticide residues are most prevalent in the skin of fruit, which is why we habitually peel it! Want to know how to get around that problem?

Grow your own fruit and veg!

If you have some space in your back yard, plant some fruit trees and toast your good health by not using any nasty chemicals on them. You can then enjoy the fruits of your labours (literally) to their fullest by eating the crop at the peak of ripeness and without fear of dangerous chemical residues.

And I don't care what anybody else says, your own home grown food always tastes better than the stuff you buy at the store!

Did This Help You?

I hope this article has shed some light on the negative calorie question and given you some things to think about when it comes to the food you eat and how you should eat it. I have tried to keep it light and not delve too deeply into the science behind the phenomenon of so-called negative calorie laden foods.

For more information, you can read any one of the many official websites that deal with health, diet and nutritional matters listed in my resource list on my contact page (see navigation bar at the top of this page).