Wearing Shapewear on a Date

Have you ever wondered how a guy would react on a date if you were both getting hot and heavy and he discovered you were wearing shapewear? Answers here! 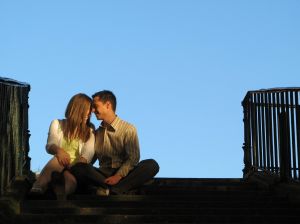 There are several answers that would crop up depending on a number of different situations. Let's take a look at some of them and see how certain situations can bring up some interesting answers.

What the Guy is Thinking

It might sound a little obvious, but if the guy knew he was going to be getting some, chances are he wouldn't really care less as long as he can get them off easily enough or you give him a helping hand in that area. His hormones will be driving his motor, so it's unlikely he will really give it a lot of thought while things are hot and steamy.

That may be all well and good, but the downside is that once the act is over and done with, he might start thinking about it! As the hormones lose cohesion, his brain will kick back into gear and the power of reason will start working again!

One of two things are likely to happen once the situation has moved on to this point.

The moral of this short story is to choose your dates to fit what YOU want to happen after!

What You Are Wearing

It could make a difference which garments you were wearing, of course. If they were just the briefs or a torso wrap, you will probably get away with it, especially if he has no idea what they really are and just thinks they're tight fitting underwear.

On the other hand, if you were wearing one of the fuller body shapers and/or perhaps full length shorts, he might find things a little frustrating as they're not so easy to peel off in the heat of the moment! But as just mentioned above, it might not matter so much if you are dating a guy that you want to see more of and he is not a shallow type and wants the same thing.

Why You Are Wearing It 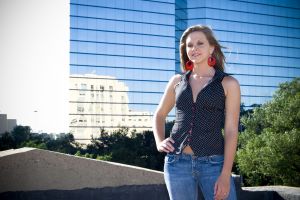 I also want to touch on another side of this question and that's your reasons for needing to wear shaping undergarments in the first place. The obvious first thought is you are wearing it because you want to make the best first impression when you meet the guy, especially if it's a first date.

First impressions are powerful things. When you turn up for your first date looking like a million dollars, his head can be turned far enough that he'll forgive just about anything to make sure there's a follow-up date and more on the horizon.

If you're wearing it for a date that you don't have any intention of a follow up, then chances are the guy will likely be just as shallow and it will just be about that night only and what happens after doesn't matter. The only thing to be conscious of is making sure the underwear comes off easily enough so as not to hamper the natural flow of events!

However, if you're wearing it to cover up more than just a few extra pounds, like a low self esteem of lack of confidence, you might run into some issues later into the date itself and what happens after it. A lot can depend on the character of the guy here.

The Other Half of the Date

If he's a shallow man and has no intention of the date leading to anything longer term, he might pick up on your low self esteem and use it to take advantage of you. Just be careful of guys like this, unless of course you are only intent on a one night stand, because that's all you're likely to get from this guy.

If he has more depth to his character and is looking for this date to be a springboard for a more meaningful relationship to follow, he will tend to be more patient and understanding about your feelings. He will almost certainly feel flattered that you went to such lengths to make sure you looked amazing for the date and that is a very good thing, because it will mean he will be even keener to want to see you again and again.

At the end of the day, the way a date goes will be dependent on a number of factors that have little to do with what you're wearing beneath your outfit. Your intentions and expectations of the date itself will be a big factor in its outcome, but ultimately, if you feel great when you look great, then wear what you have to and make sure you look amazing!